For any modern Member of Parliament, the constituency looms very large in his or her life. Its interests and concerns are rarely off the MP's desk; its constituents provide the majority of the postbag; and of course those constituents must be wooed to maximise the chances of re-election. So the prudent MP will spend time holding 'surgeries' to hear constituents' problems, ensuring that constituency cases are effectively dealt with, and that he or she is seen as an assiduous champion. This takes a lot of hard work and not a little diplomacy. It was not always so:

Gentlemen,
I received yours and am surprised by your insolence in troubling me about the Excise. You know, what I very well know, that I bought you. And I know, what perhaps you think I don't know, you are now selling yourselves to Somebody Else; and I know, what you do not know, that I am buying another borough. May God's curse light upon you all: may your houses be as open and common to all Excise Officers as your wives and daughters were to me, when I stood for your scoundrell corporation.
Yours, etc.,
Anthony Henley

Henley was Member of Parliament for Southampton from 1727 to 1734, and the elder brother of Robert Henley, afterward Lord Chancellor and first Earl of Northington. In 1733, the year before this letter was written, he had eloped with Lady Betty Berkeley, a 15-year-old heiress. The letter was in response to complaints from his constituents about the Excise Bill.

A diploma mill (also known as a degree mill) is a company or organization who claims to be a higher education institution but which offers illegitimate academic degrees and diplomas for a fee. These degrees may claim to give credit for relevant life experience, but should not be confused with legitimate prior learning assessment programs. They may also claim to evaluate work history or require submission of a thesis or dissertation for evaluation to give an appearance of authenticity. Diploma mills are frequently supported by accreditation mills, set up for the purpose of providing an appearance of authenticity.

A diploma mill (also known as a degree mill) is a company or organization who claims to be a higher education institution but which offers illegitimate academic degrees and diplomas for a fee. These degrees may claim to give credit for relevant life experience, but should not be confused with legitimate prior learning assessment programs. They may also claim to evaluate work history or require submission of a thesis or dissertation for evaluation to give an appearance of authenticity. Diploma mills are frequently supported by accreditation mills, set up for the purpose of providing an appearance of authenticity.
Click to expand...


Μore degrees than a Russian protractor but not with merit; with demerit:


host Indo-European * ghostis denoted ‘stranger’. From it were descended Germanic * gastiz (source of English guest), Greek xénos ‘guest, stranger’ (source of English xenon and xenophobia), and Latin hostis ‘stranger, enemy’. This original meaning is retained in the derived adjective hostile [16], but the noun itself in postclassical times came to mean ‘army’, and that is where (via Old French) English got host ‘army’ [13] from. Its main modern sense, ‘large number’, is a 17th-century development. But Latin had another noun, hospes ‘host’, which was probably derived from hostis. Its stem form, hospit-, passed into Old French as hoste (whose modern French descendant hôte means both ‘host’ and ‘guest’). English borrowed this in the 13th century, giving it a second noun host, quite distinct in meaning, but ultimately of the same origin. (Other English words that owe their existence to Latin hospes include hospice, hospital, hostel, hotel, and ostler.) But that is not the end of the host story. English has yet another noun host, meaning ‘bread of the Eucharist’ [14]. This comes via Old French hoiste from Latin hostia ‘sacrifice, victim’.​
Click to expand...

Alas, there be dragons. Ibi sunt dracones. Dragons and orcs.

Now that's what I'd call "pushing the envelope" in more than one way. Too far, in fact. 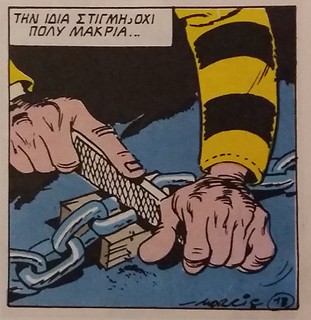 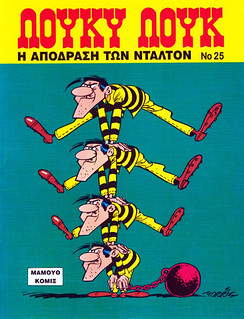 1. An officer of the highest rank in the armed forces of some countries:
[as title] ‘Marshal Tito’

1.1. British historical A high-ranking officer of state.​
2. US A federal or municipal law-enforcement officer.

2.1. The head of a police department.​
2.2. North American The head of a fire department.​
3. An official responsible for supervising sports events, and for controlling crowds in other public events:
‘ground marshals joined the referee and touch judges in trying to regain order’

4. (in the UK) an official accompanying a judge on circuit to act as secretary and personal assistant.

The Marshals Service is responsible for apprehending wanted fugitives, providing protection for the federal judiciary, transporting federal prisoners, protecting endangered federal witnesses, and managing assets seized from criminal enterprises.
...
The Marshals Service also executes all lawful writs, processes, and orders issued under the authority of the United States, and shall command all necessary assistance to execute its duties.

The United States has never used the rank of field marshal; however, General Douglas MacArthur was field marshal of the Philippine Army from August 24, 1936, until December 31, 1937.

On December 14, 1944, Congress created the rank of "general of the army," a five-star rank equivalent to that of field marshal in other countries. Two days later, George Marshall was promoted to this rank, becoming the first five-star general in American history. A Washington columnist suggested (with tongue in cheek) that Marshall disliked the plan because five stars was the rank of field marshal and the Chief of Staff could then be addressed as "Marshal Marshall."

The Marshals Service is attached to the Judicial branch of government, and is the enforcement arm of the federal courts.

Yes, he does. And can find all instances that he did it in Lexi, too.
And wishes it'd happen now because he hasn't slept a wink for more than a couple of days.
But in that case, no, he didn't. Just did not want to bring that up and muddle things further with marechals and whatnot.
Not wise to marshal all one's forces in the same go, after all. There's always the second wave, as you prove with this post.

When I nod -though not odd- I'll admit with a nod.
When I don't -not my wont- say a falsehood I won't.

Doctors in Bangladesh had removed part of the leg "but she was still left with a large mass sitting there in her pelvis between her two normal legs", Dr Kimber said. "Because there's part of a twin in there, she had two rectums, two vaginas, potentially two anuses - double bits that were growing into a very abnormal area."

After a lengthy planning process, the team embarked on the surgery in November. They removed the part of the leg that was left behind and carried out reconstruction work to ensure the little girl was continent - something that will help her to function much better back at home.