Staff member
Preventive war is like committing suicide out of fear of death.

Preventive war is like committing suicide for fear of death.
Quoted as a remark of Bismark without quotation marks, in Thinking About the Unthinkable in the 1980s (1984) by Herman Kahn, p. 136, a paraphrase of what Bismarck told the Reichstag on Feb. 9, 1876. Referring to March 1875, when the French National Assembly had decided to strengthen their army by 144,000 additional troops, Bismarck asked the deputies to imagine he had told them a year ago that one had to wage war without having been attacked or humiliated: „Würden Sie da nicht sehr geneigt gewesen sein, zunächst nach dem Arzte zu schicken (Heiterkeit), um untersuchen zu lassen, wie ich dazu käme, dass ich nach meiner langen politischen Erfahrung die kolossale Dummheit begehen könnte, so vor Sie zu treten und zu sagen: Es ist möglich, dass wir in einigen Jahren einmal angegriffen werden, damit wir dem nun zuvorkommen, fallen wir rasch über unsere Nachbarn her und hauen sie zusammen, ehe sie sich vollständig erholen – gewissermaßen Selbstmord aus Besorgniß vor dem Tode" (Would you not have been inclined very much to send for a physician in the first place and let him find out, how I with my long experience in politics could commit the colossal stupidity of [...] telling you: It is possible that in some years we might be attacked; to pre-empt that, let us overrun our neighbors and smash them before they have fully recovered [from the war of 1870/71] - in a way [commit] suicide from fear of death)


Politics is not the art of the possible. It consists in choosing between the disastrous and the unpalatable.
Kenneth Galbraith's letter to John F. Kennedy (1962-03-02), printed in Galbraith's Ambassador's Journal (1969)

[...] Berra's baseball accomplishments were sometimes overshadowed by his linguistic shortcomings. Some of his statements were head-scratching malapropisms, while others sounded like warped Zen koans or deep Yoda-like wisdom.

His "Yogi-isms" were repeated by presidents, Wall Street titans, comedians and anyone else who wanted to sound wise, funny, folksy - or all three.

A short collection (from FT):

● When you come to a fork in the road, take it
● You can observe a lot by just watching
● Baseball is 90 per cent mental and the other half is physical
● It ain’t the heat, it’s the humility
● A nickel ain’t worth a dime any more
● It’s like déjà-vu all over again
● He hits from both sides of the plate. He’s amphibious
● Even Napoleon had his Watergate
● We made too many wrong mistakes
● You better cut the pizza in four pieces because I’m not hungry enough to eat six
● You should always go to other people’s funerals, otherwise, they won’t come to yours
● I never said most of the things I said

Without the implementation of the regulations, the monetary union in Europe cannot work, German Minister of Finance Wolfgang Schauble warned as he spoke to the Economic Council meeting of the Christian Democratic Union at the Wirtschaftstag 2015 event in Berlin, Tuesday.

power corrupts
A charge usually made by Outs against Ins to persuade voters that it's “Time for a change”.

In a speech in the House of Lords in 1770, William Pitt the Elder declared: “Unlimited power is apt to corrupt the minds of those who possess it.” That observation, while possibly original, did not quite sing. Sir John Acton later amended it to the more forceful: “Power tends to corrupt; absolute power corrupts absolutely.” In loose quotation, the Acton qualifiers tend to be removed absolutely, leaving only “power corrupts.”

Lord Acton’s famous maxim was quoted frequently when Franklin Roosevelt was being chided for trying to pack the Supreme Court. John F. Kennedy also touched on the idea; honoring Robert Frost at Amherst College in October 1963, President Kennedy said: “When power leads man toward arrogance, poetry reminds him of his limitations. When power narrows the area of man’s concern, poetry reminds him of the richness and diversity of existence. When power corrupts, poetry cleanses."

Some see politics as an inevitable sullier of souls. In a 1945 essay on “The Evil of Politics and the Ethics of Evil,” Hans Morgenthau wrote: “Only the greatest dissenters of the age have been clearly aware of this necessary evilness of the political act. A great non-liberal thinker writing in the liberal age, such as Lord Acton, will find that ‘power corrupts... absolute power corrupts absolutely,’ or he will, like Jacob Burckhardt, see in politics the ‘absolute evil’; or, like Emerson, in force ‘a practical lie’ and corruption in every state.”

Others have been less gloomy. “Power does not corrupt men,” George Bernard Shaw wrote. “Fools, however, if they get in a position of power, corrupt power.” In The Short Reign of Pippin IV, novelist John Steinbeck wrote: “The King said: ‘Power does not corrupt. Fear corrupts, perhaps the fear of a loss of power.’ ”
​

Οι 11 τόμοι για αναδίφηση: The Story of Civilization (Complete) by Will Durant.

daeman said:
...
Μπένε Τζέσεριτ τις έλεγα από την αρχή, και φωναχτά και από μέσα μου, ώστε το λατινικό gesserit να θυμίζει τους (αγγλοπρόφερτους) Ιησουίτες και το justification: It comprises the adverb bene, meaning either "well" or "properly" and the verb gero, gerere meaning either "to govern" or "to bear or carry". The verb is in the third-person singular of the future perfect active indicative tense, and translates as "(She) will have conducted herself well", referencing to their selection, indoctrination, and training programs. It also could be interpreted as "(she) will have carried / birthed well", referring to their selective breeding program.
In Dreamer of Dune, Brian Herbert's 2003 biography of his father, the younger Herbert speculates that the name "Gesserit" is supposed to suggest to the reader the word "Jesuit" and thus evoke undertones of a religious order. Like the Jesuits, the Bene Gesserit have been accused of using casuistry to obtain justifications for the unjustifiable. 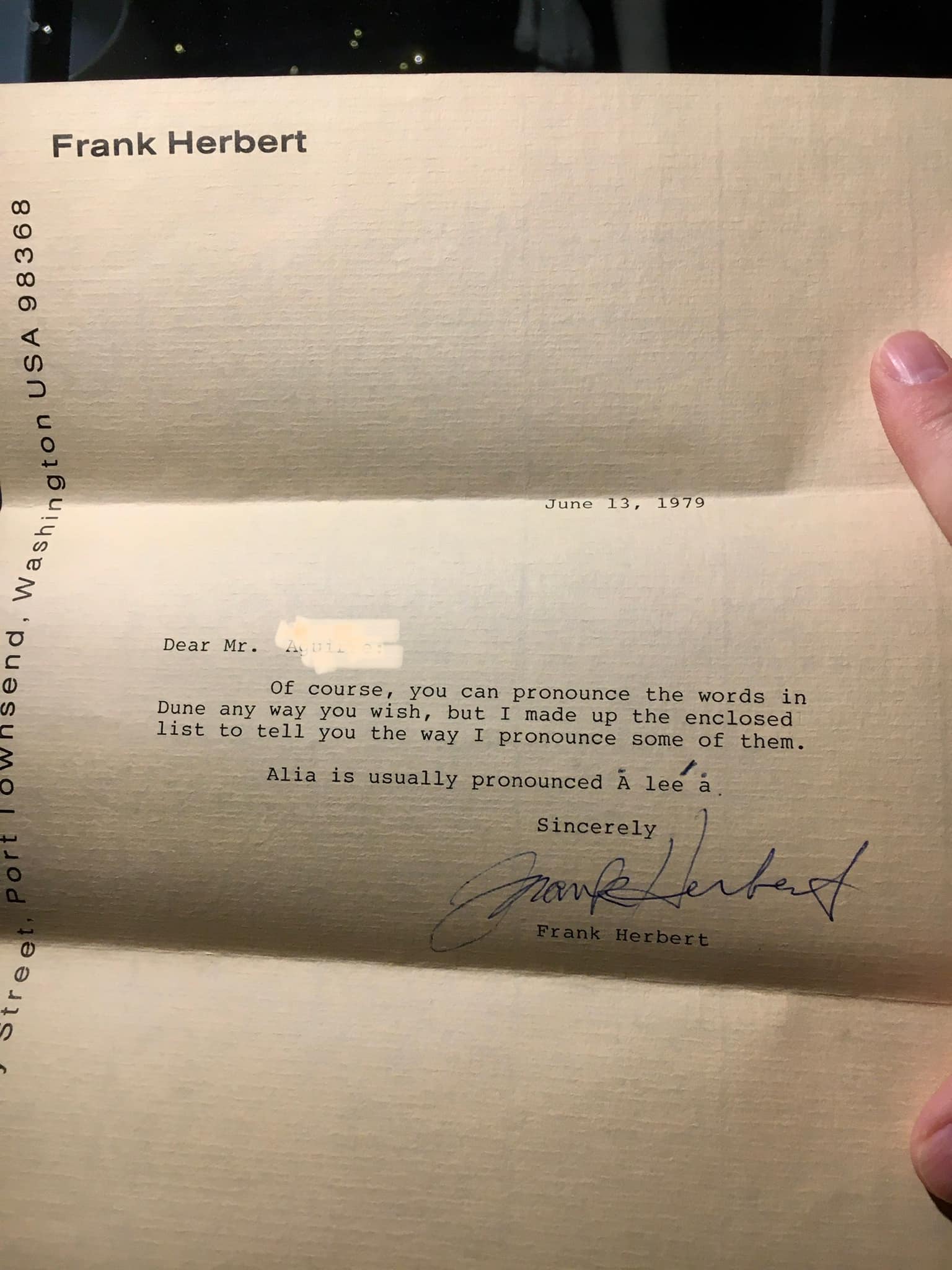 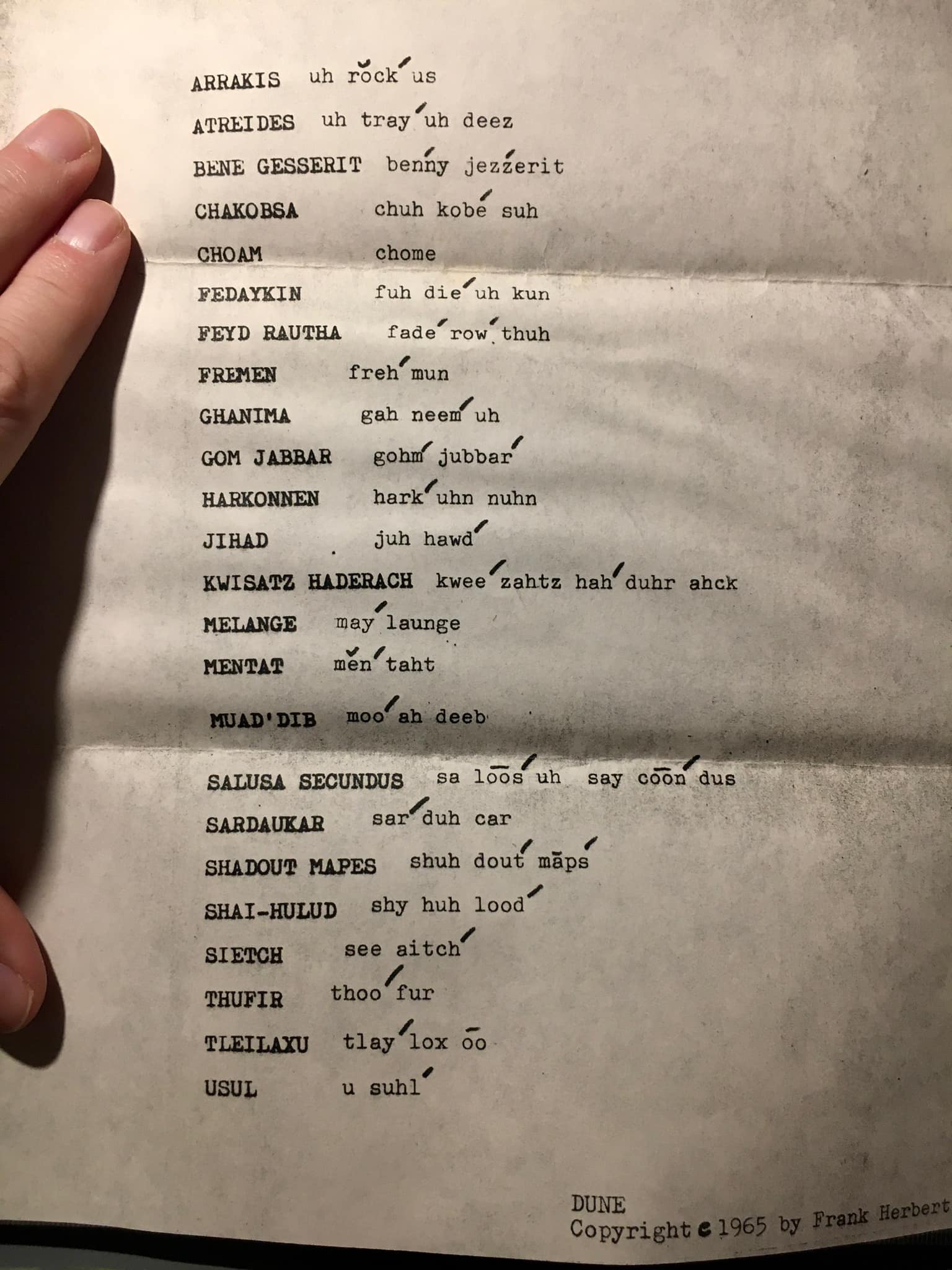