Staff member
Recently a very great number of aristos had succeeded in escaping out of France and in reaching England safely. There were curious rumours about these escapes; they had become very frequent and singularly daring; the people's minds were becoming strangely excited about it all. Sergeant Grospierre had been sent to the guillotine for allowing a whole family of aristos to slip out of the North Gate under his very nose.

It was asserted that these escapes were organised by a band of Englishmen, whose daring seemed to be unparalleled, and who, from sheer desire to meddle in what did not concern them, spent their spare time in snatching away lawful victims destined for Madame la Guillotine. These rumours soon grew in extravagance; there was no doubt that this band of meddlesome Englishmen did exist; moreover, they seemed to be under the leadership of a man whose pluck and audacity were almost fabulous. Strange stories were afloat of how he and those aristos whom he rescued became suddenly invisible as they reached the barricades and escaped out of the gates by sheer supernatural agency.

No one had seen these mysterious Englishmen; as for their leader, he was never spoken of, save with a superstitious shudder. Citoyen Foucquier-Tinville would in the course of the day receive a scrap of paper from some mysterious source; sometimes he would find it in the pocket of his coat, at others it would be handed to him by someone in the crowd, whilst he was on his way to the sitting of the Committee of Public Safety. The paper always contained a brief notice that the band of meddlesome Englishmen were at work, and it was always signed with a device drawn in red—a little star-shaped flower, which we in England call the Scarlet Pimpernel. Within a few hours of the receipt of this impudent notice, the citoyens of the Committee of Public Safety would hear that so many royalists and aristocrats had succeeded in reaching the coast, and were on their way to England and safety.
http://www.gutenberg.org/files/60/60-h/60-h.htm 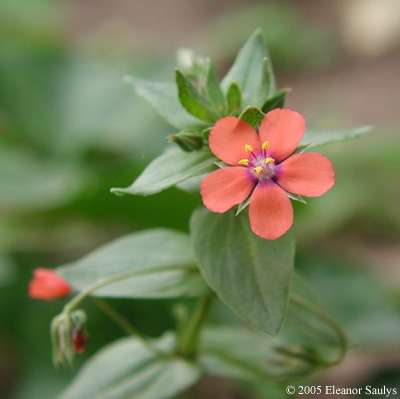