"Russians" is a song by Sting, from his debut solo album, The Dream of the Blue Turtles, released in June 1985, and released as a single in November. The song is a commentary and plea that criticises the then-dominant Cold War foreign policy and doctrine of mutual assured destruction (MAD) by the United States and the then existing Soviet Union.

In 2010, Sting explained that the song was inspired by watching Soviet TV via inventor Ken Schaffer's satellite receiver at Columbia University:


I had a friend at university who invented a way to steal the satellite signal from Russian TV. We'd have a few beers and climb this tiny staircase to watch Russian television... At that time of night we'd only get children's Russian television, like their "Sesame Street". I was impressed with the care and attention they gave to their children's programmes. I regret our current enemies haven't got the same ethics.​
[…]
On March 5, 2022, during Russia's invasion of Ukraine, Sting posted a video of himself performing "Russians" on Instagram stating:


I’ve only rarely sung this song in the many years since it was written, because I never thought it would be relevant again. But, in the light of one man’s bloody and woefully misguided decision to invade a peaceful, unthreatening neighbor, the song is, once again, a plea for our common humanity. For the brave Ukrainians fighting against this brutal tyranny and also the many Russians who are protesting this outrage despite the threat of arrest and imprisonment - We, all of us, love our children. Stop the war.​
Lyrics:

In Europe and America there's a growing feeling of hysteria
Conditioned to respond to all the threats
In the rhetorical speeches of the Soviets
Mister Khrushchev said, "We will bury you"
I don't subscribe to this point of view
It'd be such an ignorant thing to do
If the Russians love their children too

How can I save my little boy from Oppenheimer's deadly toy?
There is no monopoly on common sense
On either side of the political fence
We share the same biology, regardless of ideology
Believe me when I say to you
I hope the Russians love their children too

There is no historical precedent
To put the words in the mouth of the president?
There's no such thing as a winnable war
It's a lie we don't believe anymore
Mister Reagan says, "We will protect you"
I don't subscribe to this point of view
Believe me when I say to you
I hope the Russians love their children too
We share the same biology, regardless of ideology
But what might save us, me and you
Is if the Russians love their children too. 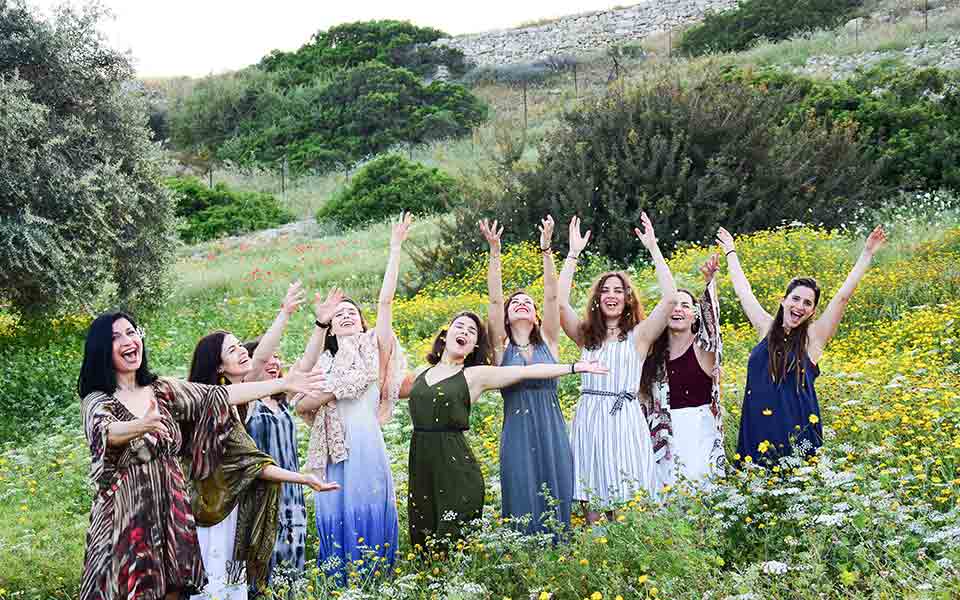 Amalgamation Choir is an a capella all-women-choir based in Cyprus, lead by Vasiliki Anastasiou. Никосия