Βέβαια θα μπορούσε να το γράψει διαφορετικά, αλλά γιατί να το κάνει αυτό, there is no problem in his (?her) mind in the first place.
Click to expand...

My sentiments precisely, Philip (you just beat me to it, incidentally). I understand that it's still a contentious issue that raises the ire of many a few but the practice of using plural pronouns to refer back to a singular subject has been around for as long as I care to remember and is so widely accepted that I often wonder what the fuss is about.

“The hero has their reward”
“The traveler has nowhere to lay their head”
“A fisherman caught a talking fish that promised to give them anything they wanted.”
Click to expand...

SBE said:
Νομίζω ότι και οι φυσικοί ομιλητές της γλώσσας θα γέλαγαν με το εξής παράδειγμα από το άρθρο:
“The hero has their reward”
“The traveler has nowhere to lay their head”
“A fisherman caught a talking fish that promised to give them anything they wanted.”

A pressing matter has been brought to our attention by the team in Basement Labyrinth, as they comb final proof sheets for rogue commas in preparation for the new edition of The TLS Reviewer’s Handbook. They have sent up the following sample sentences, with the request: “Quid faciam?”

If a novelist spends on average two years on a book, how much money does she need in order to live comfortably? The cost of living might oblige her to share living space. Each writer is expected to solve the problem in her own way.

We have been pondering the issue of the non-gender-specific pronoun since reading a piece about interviews in the New Yorker website. The author, Hannah Rosefield, quoted a contemporary novelist on the subject of the interview form: “A writer’s life is in his work, and that is the place to find him”. His work? Him? Ms Rosefield offered no resistance to the conservative usage, but responded in kind when making her own generalizations. Speaking of a recently published collection of interviews. She remarked: “Too often the profiles read as if the writer is sitting alone … in her glamorous apartment”. Turning to the onstage interview, before an audience, she observed: “What people really want to know is what it is that the writer does that enables her to transform ordinary words … into art”. Her apartment? Her art?

In Ms Rosefield’s first statement, the indefinite article would have served as well. In the second, “him or her” would not have offended the ear, whereas in the original sentence quoted about “a writer’s life”, “him or her” at the end would have done. The writer —Joyce Carol Oats— chose to avoid it, by using the conventionally neuter “him”. The new convention is to regard this usage as sexist. Ms Rosefield’s “her” has a political purpose.

Ms Rosefield begins her discussion with Henry James being interviewed in 1904; she dates the birth of the modern interview to E. M. Forster’s mild grilling by the Paris Review in 1953, and ends by citing an imaginary interview with J. P. Eckermann by Gore Vidal. Roland Barthes is quoted along the way. Ms Rosefield would like to see inside Peter Carey’s apartment. We learn that Haruki Murakami gets up at 4 am. None of these guys sits alone in her glamorous apartment or explains what enables her to transform words into art.

What to do? As always, we advise consulting the Handbook (if you can find a acopy. “When sound permits, use use ‘he or she’; sometimes, “they” is suitable; when sound or other factors prohibit either, resort to tradition.” 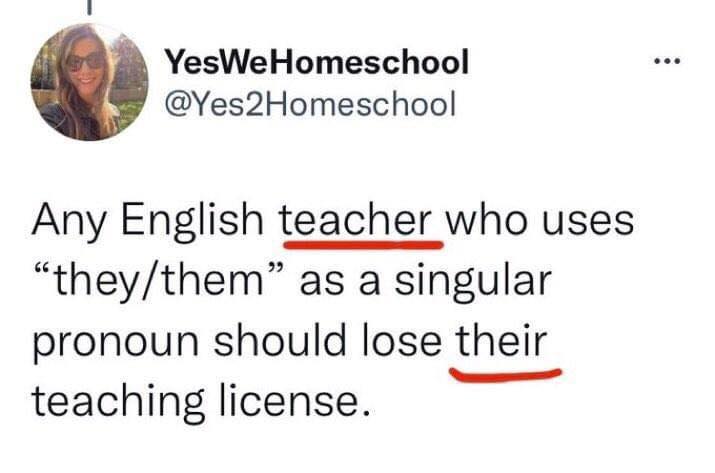