Fewer queries here. The next paragraph runs as follows:

Presumably the first clause in bold means 'he didn't want to come (home). The next sentence is baffling: is it badly punctuated? What does the dictatorship, great fuss' mean? :curse:

First of all, τα στείλε (or even τα ’στειλε) is ungrammatical, it should read τα ’στελνε, since this action (the sending of the money) was occuring on a regular monthly basis.

Then, να ’ρθει δεν θέλησε literally means he didn’t want to come. Actually it is stating that he didn’t come, he refused to come.

The reasons for his not returning to Greece are multiple. Not only the fact that the trip cost money (τα λεφτά, την οικονομία: he was saving money, he couldn’t afford the expense), not only because of the dictatorship and the troubles, but there was also something else.

Note that φασαρίες here is not fuss, rather riots or more generally troubles of political nature.

Thanks, Sarant. He actually did return to Greece, if you look at paragraph 1:-
Αύγουστος ήταν. Από τη Θεσσαλονίκη που κατέβηκε με το τρένο—τίποτα δεν στάθηκε να δει—γραμμή λεωφορείο και στην Κοζάνη, γραμμή κι από κει για την Κόνιτσα.
Εκεί το νοίκιασε το μικρό ημιφορτηγό για τις έξι βαλίτσες του, κάτι δέματα, κάτι πακέτα, όλα μικρότερα[SUP]·[/SUP] τα κέρδη του από τη Γερμανία. Σε τρεις τέσσερις ώρες σταματήσανε στο μικρό μπακάλικο[SUP]·[/SUP] ήταν από τότε πριν φύγει. Τώρα με το δρόμο που φτιάξανε, το μεγαλώσανε και σταματούν εκεί τα λεωφορεία.
The end paragraph describes his reunion with his relatives and those who knew him when he returned to his family home. However, this in no way alters your suggestions. He had been sending the 80 marks regularly for the reasons you have explained clearly above. But he had refused to come home. Why he eventually did is not told us in the passage. I hope I have not misunderstood your interpretation.

For twenty years he was just sending the money but he did not return, for instance during summer holidays. He returned in the end, for good.

Thanks, Sarant. With a little help from the translation, I am managing with several Greek books—Ο Τσε Αυτοκτόνησε, η Φόνισσα and Zorba—but for some reason I find the later passages of this particular book problematic in many places. Without the help of colleagues, I would be tearing out what little hair I have left! Thanks for your help here. The word order of να ’ρθει δεν θέλησε is presumably a double way of emphasising his refusal—he had been sending 80 marks a month home to Greece but 'to come [back] he firmly refused'. And the aorist rather than the imperfect emphasises his once-for-all refusal.
Last edited: Nov 30, 2016

The nearest I can get to the Greek in English would be "but come he wouldn't", which also implies refusal.

Philip said:
The nearest I can get to the Greek in English would be "but come he wouldn't", which also implies refusal.
Click to expand...

April, come she will
When streams are ripe and swelled with rain
May, she will stay
Resting in my arms again
June, she'll change her tune
In restless walks she'll prowl the night

July, she will fly
And give no warning to her flight
August, die she must
The autumn winds blow chilly and cold
September, I remember
A love once new has now grown old 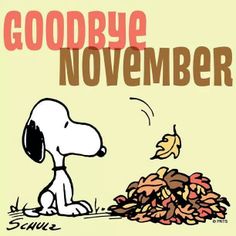