Pedro lives out of the Wilshire Hotel
He looks out a window without glass
And the walls are made of cardboard, newspapers on his feet
And his father beats him 'cause he's too tired to beg

This room costs $2,000 a month
You can believe it, man, it's true
Somewhere there's a landlord laughing till he wets his pants
No one dreams of being a doctor or a lawyer or anything
They dream of dealing on the dirty boulevard

Give me your hungry, your tired, your poor, I'll piss on 'em
That's what the Statue of Bigotry says
Your poor huddled masses
Let's club 'em to death
And get it over with and just dump 'em on the boulevard

And back at the Wilshire, Pedro sits there dreaming
He's found a book on Magic in a garbage can
He looks at the pictures
And stares up at the cracked ceiling
"At the count of 3," he says,
"I hope I can disappear."


There's a room in a house in a street in a manor in a borough
That's part of a city that is generally referred to as London
It's a dark place, a mysterious place
And it is said that if you're born within the sound of Bow-Bells
You have the necessary qualifications to be christened a Londoner
It's a cruel, hard, wicked place

But when you think back to all the great Londoners
William Blake, Charles Dickens, Dick Whittington,
Pearly kings, barrow boys, Arthur Daley, Max Wall, the Kray twins
Through the dark alley-ways and passages of London, London

But if you're ever up on Highgate Hill on a clear day
You can see right down to Leicester Square
Crystal Palace, Clapham Common, right down to Streatham Hill
North and South, I feel that I'm a Londoner still

Chiswick Bridge to Newham and East Ham
Churchbells ring out through the land
You were born in London, England
Through the dark alley-ways and passages of London, London

And there's a tap by a reservoir, leading to a stream,
That turns into a river estuary that eventually opens to the sea
And there's a docker by a wharf, sending cargo overseas,
Unloading foreign trade from a large ocean vessel
In the mighty metropolitan port of London

But if you're ever up on Highgate Hill on a clear day
I'll be there
Yes, I will be there
Through the dark alley-ways and passages of London, London
London 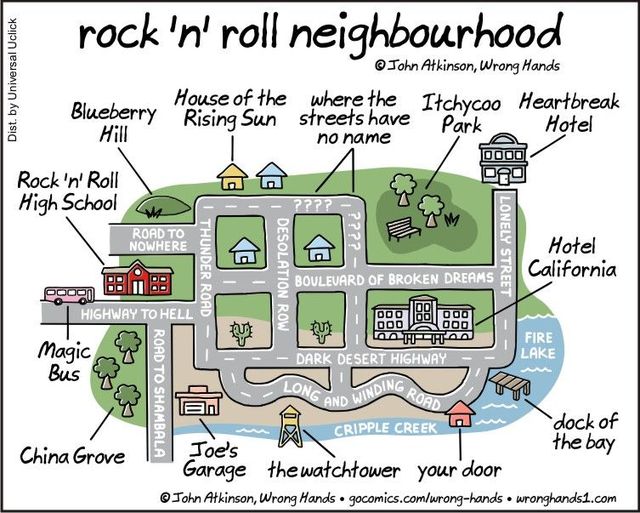