Τσακώνικα
Vitality: critically endangered
Number of speakers: 300 (based on correspondence with Nick Nicholas; the majority of the remaining speakers are in Leonidio area)
Location(s): villages around Leonidio in the south of the area, and the villages of Kastanitsa and Sitena in the north; Propontis Tsakonian was spoken by colonists in the villages of Havoutsi and Vatka on the mouth of the Gönen river in northeastern Turkey, but the speakers were settled in Greek Macedonia following the 1922 population exchanges, and Propontis Tsakonian became extinct in the 1970s.


Ισπανοεβραϊκή γλώσσα ή λαντίνο
Alternate names: Ladino; Judeo-Spanish; Sephardic; Haketía (local name in Morocco)
Related records: Judezmo (Europe); Judezmo (Israel)
Vitality: severely endangered
Number of speakers: 0 (cf. Judezmo (Israel))
Location(s): traditionally Greece and Turkey, primarily in the historical provinces of Macedonia and Thrace, but also elsewhere in the Balkans, as well as Morocco, Ceuta, Melilla and Algeria in North Africa; now a few locations in Turkey, where largely concentrated in Istanbul (traditionally in the quarters of Balat and Hasköy), by probably less than 10,000 speakers; in Greece or elsewhere in the Balkans there are very few if any Judezmo speakers left after the Holocaust, and in North Africa the language is extinct

Ποντιακά
Vitality: definitely endangered
Number of speakers: 300,000 (commonly cited figure)
Location(s): originally along the Black Sea coast of Turkey and adjacent Georgia; some speakers remain in the towns of Of and Sürmene, but most have emigrated to Greece; émigré communities also in southern Russia and the Caucasus; an outlying dialect of Greek
Last edited by a moderator: Mar 30, 2015 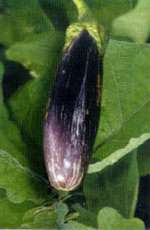